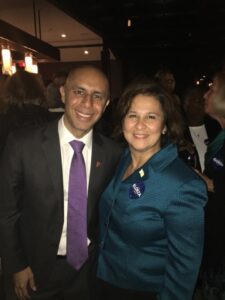 Providence Mayor Jorge Elorza, in a desperate move to remain relevant, surprised everyone by closing city parks and playgrounds.  Elorza has seen his role shrinking during the pandemic and sources say he felt compelled to do something that would make the news. Elorza has watched as Governor Gina Raimondo has seen her approval ratings rocket to a 76% approval while Elorza has remained largely out of sight. The unpopular mayor has had the schools taken over by the state, the 195 land taken over by Smith Hill and he is left to close city playgrounds. Raimondo told reporters if she felt Elorza had made a mistake she would tell him, however, his city order is not in step with the state. Raimondo has been careful not to be seen with the unpopular mayor during the crisis. Follow the John DePetro Show for the latest.

I covered this event today . They talked about having another riot, burning the city down and celebrated the two cops killed in Texas , yet the media described it as a “ peaceful defund the police party.”