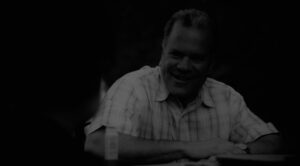 The states most powerful man has become the invisible man. Speaker Nick Mattiello has basically been on the lam since early March just as the coronavirus began hitting Rhode Island. The Speaker had been laying low pre-corona as he was hours away from being indicted by a grand jury for extortion in the convention center matter. Mattiello has been pushed aside by Governor Raimondo who has grabbed the mantle of leadership and led Rhode Islanders through the pandemic crisis. Raimondo has seen her public approval ratings soar (75%) and enjoys a daily televised briefing along with national segments on CNN.  Mattiello, who was on the verge of being indicted and forced from office, and has been relegated to a weekly radio segment “coffee with the crook” hosted by a babbling cackle. Ho-hum. Mattiello has told friends he would be content if the General Assembly remains in recess until next January, provided he does not get indicted and can be reelected in November. Mattiello is expected to testify at the upcoming Britt sleaze trial on money-laundering tied to the 2016 Mattiello campaign.  Mattiello will face republican challenger Barbra Ann Fenton Fung in the November election.

The Top 10 women Joe Biden might pick as vice president - CNNPolitics. Gina Raimondo: If you believe a) that Biden will have one self-identifying moderate in his final VP group then the Rhode Island governor may well fill that niche. https://www.cnn.com/2020/06/04/politics/biden-kamala-harris-keisha-lance-bottoms-val-demings/index.html

25 people sent me this video today . I think she struck a chord.

Confession: #GeorgeFloyd is neither a martyr or a hero. But I hope his family gets justice. https://www.pscp.tv/w/caav-zFsWkVwZ2xwWnZvam58MU1ZR05rbFlhWVpKd1OVIr4Z-IP8Bs_04qmV058zu4J822Lhg7wEL1culmvk