The battle is on.  President Trump has ordered Rhode Island Governor Gina Raimondo to reopen Rhode Island churches and Raimondo has refused. The President cites his power as President of the United States for Governor Raimondo to immediately open the churches in the State Of Rhode Island which remained closed under her Executive Order. Raimondo was asked about it twice at her Friday press briefing but refuses the order from President Trump. Bishop Tobin took to Twitter to explain church is considered essential is a breakthrough but refused to cross Governor Raimondo. 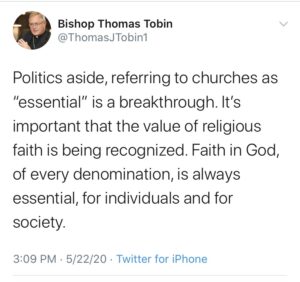 The showdown could result in National Guard troops deployed by the White House into Rhode Island to reopen the churches. Raimondo was written about Friday in The Washington Post regarding a potential pick to be on the Biden ticket and could be using this story to showcase a fight with President Trump. This story is developing. 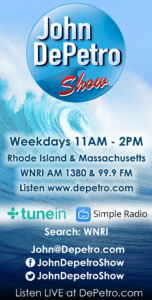 No mention on his twitter feed of the riot.

The mob is back on Federal Hill

And here’s a different view.