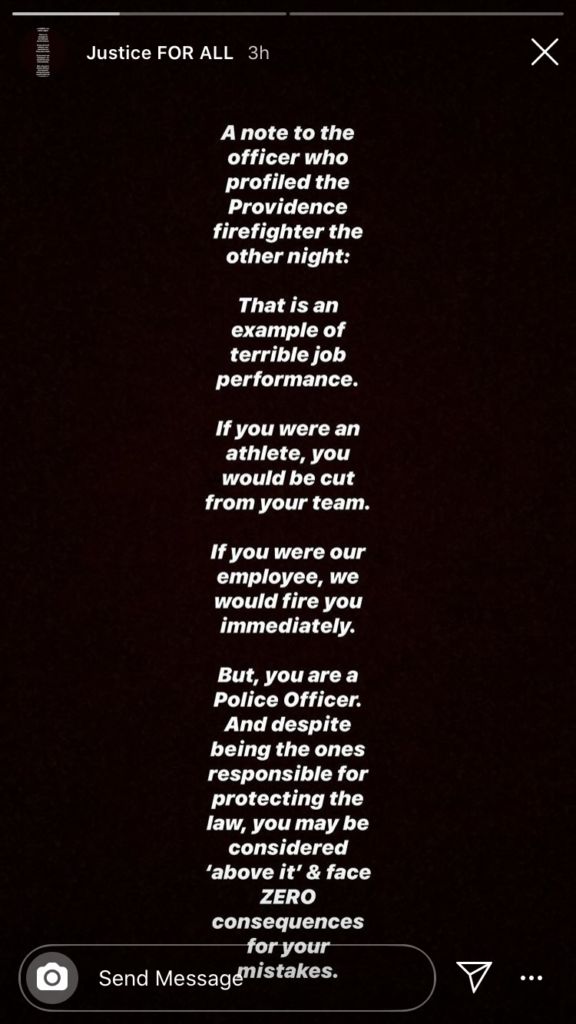 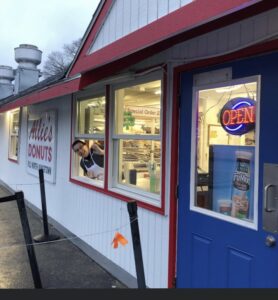 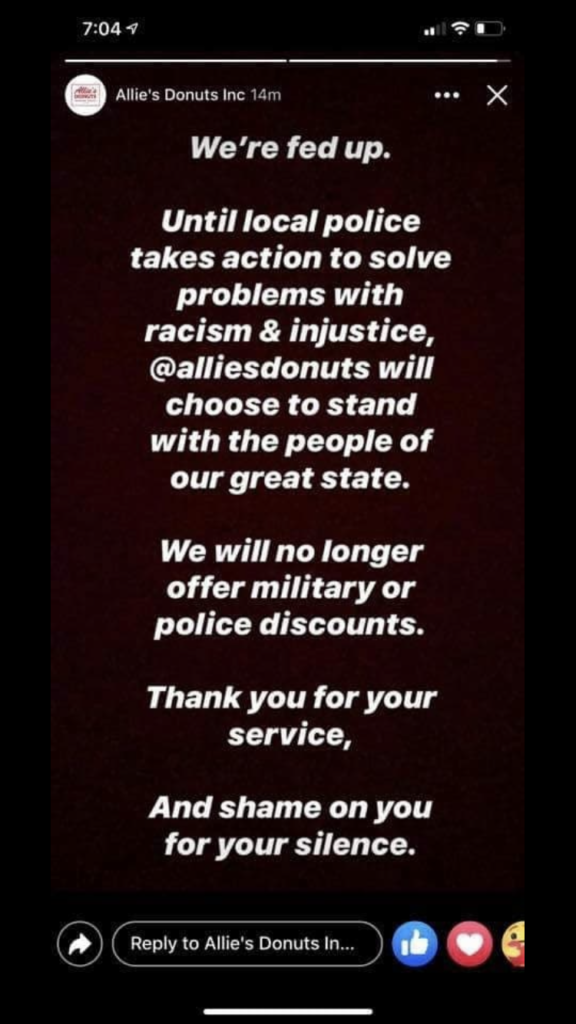 That is where Allies Donuts “used to be.” The famed local donut shop decides to enter the racial divide in the country by weighing in a dispute in Providence. Ch 12 airs a live interview during the Friday night protest with a Providence Firefighter of color. He begins to cry and claim he was racially profiled two days early by Providence Police who drew guns on him. The head of the Firefighter union weighs in and supports the story on social media during a tension-filled Black Lives Matter protest that drew 10,000. Ch 12 reaches out to police (who are tied up handling the protest and trying to avoid a riot) who say they are investigating the incident.

‘I am one of you’: Providence firefighter says he was racially profiled by officers

‘I am one of you’: Providence firefighter says he was racially profiled by officers 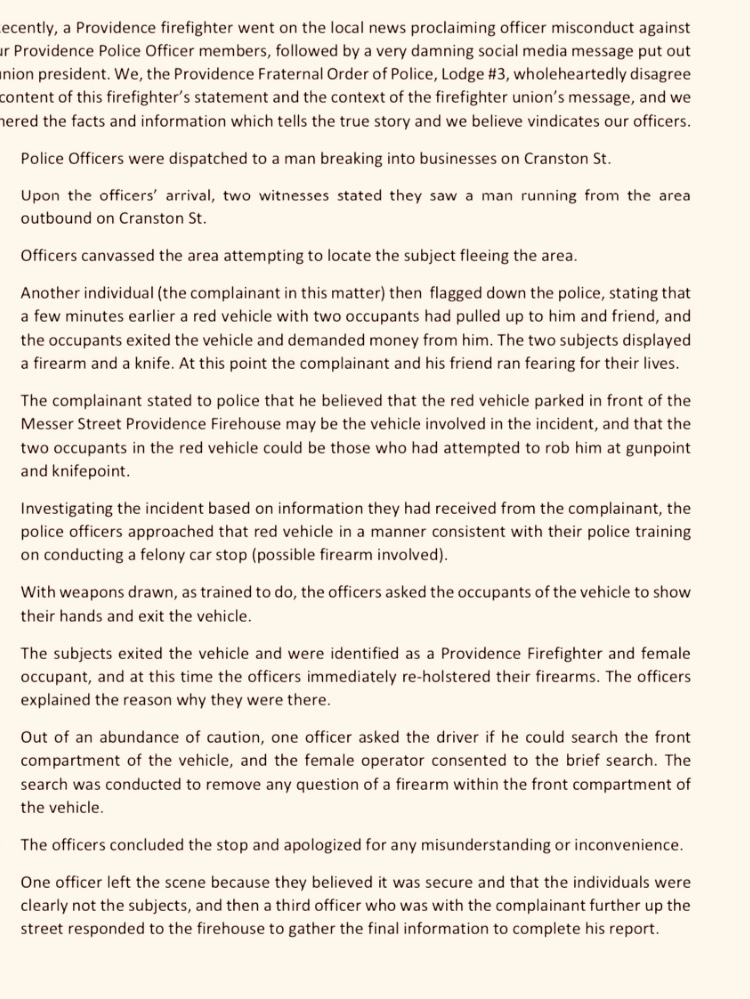 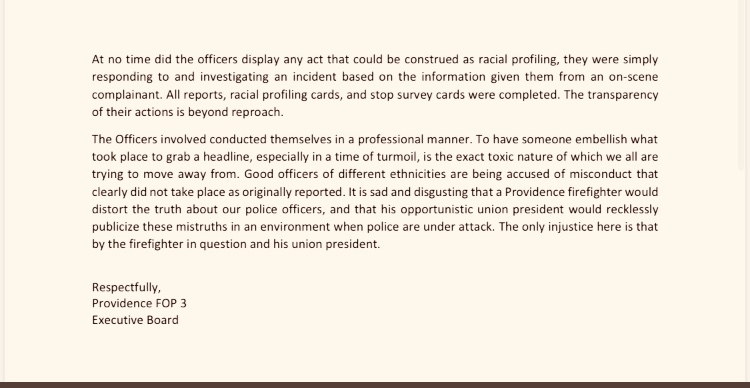 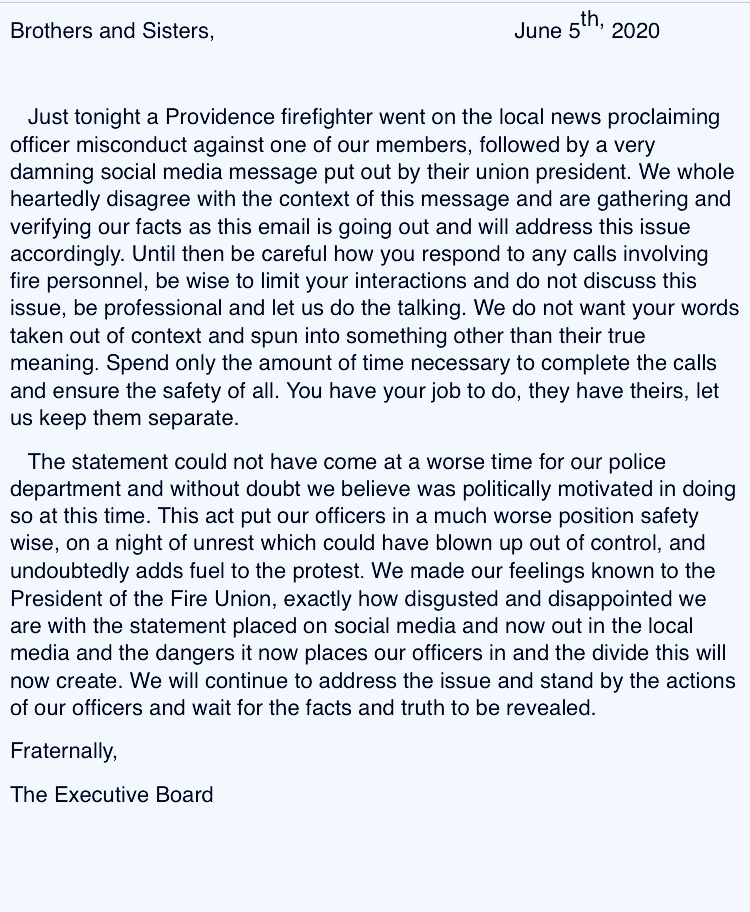 At no time does the firefighter mention ( nor is it asked or reported)  police were searching for an armed gunman in the area and his car matched that of the suspect. Allies Donuts watches the CH12  story and announces their new policy that they will no longer offer discounts to police and military and Allies feels the police should be fired.  Providence Police fire back that the Providence Firefighter and CH 12 left out crucial information in the story that put the police in harm’s way during the protest. What is unclear is why military is lumped in. The story is developing.

Will Matt Brown tear Raimondo down?

Harvard senior Claira Janover threatens to stab anyone who says “all lives matter.”

Will liberal colleges and universities ever teach students that speech ≠ violence?

“ my black clients love us.” #StLouis